The Ypma organ in the Edesche Concert Hall is an instrument with Romantic sounds, complemented by Dutch tough sounds. In this program Anja and Gonny van der Maten show that these two worlds go well together. Their programme is made up of French and German nineteenth-century music, combined with music from Dutch soil, inspired by that; with a touch of Dutch sobriety, of course. But it can also be the other way around: the French organist and composer Jean Langlais wrote colourful arrangements of sober Protestant choral melodies. These can also be listened to in this concert. 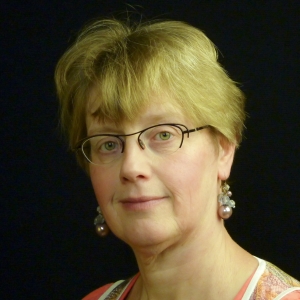 Gonny van der Maten about the Ypma organ:
"The Dutch organs of the nineteenth century are often slightly less romantic than the instruments in England and France. The sober sounding Corals we play by Jean Langlais fit very well on the Ypma organ. Moreover, Langlais chose melodies that are known throughout the Calvinistic Netherlands"
(Read the interview with Gonny van der Maten.)

In 2017 it was 125 years ago that the Dutch composer Hendrik Andriessen was born. Andriessen turned out to be one of the most important innovators of Dutch organ music. In season 2017-2018, the Edesche Concertzaal will reflect on this eminent Dutch organist. Gonny van der Maten places Andriessen's masterly 'Theme with Variations' (1949) music by his Dutch contemporaries such as the 'Pastoral of Alexander Voormolen' and 'Old Dutch Evening Song' by Johan Wagenaar.

Gonny van der Maten's work covers many fields. She is concert organist, cantor-organist, conductor and teacher. Gonny van der Maten was born in Amsterdam, where she also studied organ and church music at the Sweelinck Conservatory, with Albert de Klerk as principal study organ teacher. Currently she is cantor-organist of the Oude Kerk in Soest, an extensive musical function, in which she is responsible for the music in the Oude Kerk in a broad sense. She follows in the footsteps of illustrious predecessors such as Maarten Kooy and Jan Jansen. She is also chairman of the Andriessen/De Klerk Foundation. In May 2009, she was awarded a bronze medal by the Société académique d'éducation et d'encouragement "Arts - Sciences - Lettres" in Paris, for her merits for (French) culture.

Anja van der Maten is oboist in the Rotterdam Philharmonic Orchestra. She studied with Heinz Friesen, Bart Schneemann and Remco de Vries at the Royal Conservatoire in The Hague. She also took masterclasses with Maurice Bourgue, among others. Anja frequently contributes to concerts, CD productions and radio and TV recordings with choirs and orchestras all over the country.

Beautiful mild sounds of oboe and organ flow together in the two pastorales of Josef Rheinberger. The gentle Ypma organ fits the amiable oboe aptly. The harmonium also adds a little more with Léon Boëllmann's 'Heures mystiques'. But organist Gonny van der Maten and oboist Anja van der Maten emphasize the interplay between organ and oboe. A unique combination that can almost never be heard together