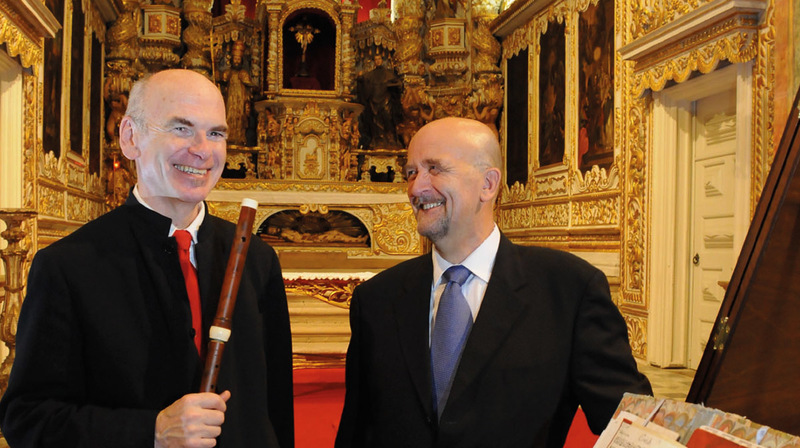 Bach, Telemann and the heyday of the traverso

In the Edesche Concert Hall Jacques Ogg and Wilbert Hazelzet play music by Bach, Telemann and their French contemporaries. "We've chosen the heyday of the traverso," says Jacques Ogg. Special about the played pieces is that they often exist in two versions. "The sonata we're playing from Leclair was originally published as a violin sonata. But in the front of the original edition is the remark: 'You can play this sonata on the flute as well'. There are even two independent versions of the middle sections; one for violin and one for flute" Both gentlemen have translated this baroque tradition into Bach's famous First Trio Sonata. Originally Bach wrote them for organ, but in the Edesche Concert Hall you will hear this masterpiece on traverso and harpsichord. A golden combination! 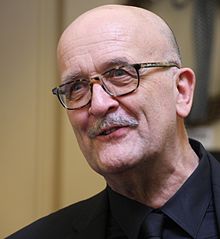 Jacques Ogg on Bach's famous Triosonate :
"Through these discoveries we felt strengthened to make a transcription of Bach's Triosonate BWV 525. Bach originally wrote it for organ, but with some minor adjustments it also sounds fine on traverso and harpsichord. It will undoubtedly be a feast of recognition for the public."
(Read the interview with Jacques Ogg.)

Wilbert Hazelzet is without doubt one of the best baroque flutists in the world. For years he was a member of the famous Musica Antique Köln, with which he could be heard on all major stages in Europe, the United States, China, India and Japan. Since 1978 Wilbert Hazelzet is solo flautist of the Amsterdam Baroque Orchestra of Ton Koopman. With this orchestra he made reference recordings for record labels such as Deutsche Grammophon, Harmonia Mundi and Glossa

Jacques Ogg is as skilled on the harpsichord as he is on the fortepiano. He studied with the legendary Dutch harpsichordist Gustav Leonhardt. For years Ogg was a member of the famous Orchestra of the Eighteenth Century and played regularly with Concerto Palatino. Since the year 2000, Jacques Ogg has been artistic director of the Lyra Baroque Orchestra in St Paul, Minnesota. Numerous recordings appeared by his hand, of which those of Bach's Goldberg Variations have become best known.

Wilbert Hazelzet and Jacques Ogg are legendary names in the world of early music. In the Edesche Concert Hall they combine their years of playing experience with music in which they have more than earned their spurs. Music from the heyday of the traverso (the forerunner of the transverse flute) can be heard. Great Baroque composers such as Bach, his sons and Georg Philipp Telemann were inspired by this beautiful instrument. Enjoy their music, together with that of French contemporaries, which sounded in the richly decorated palace halls of the eighteenth century.