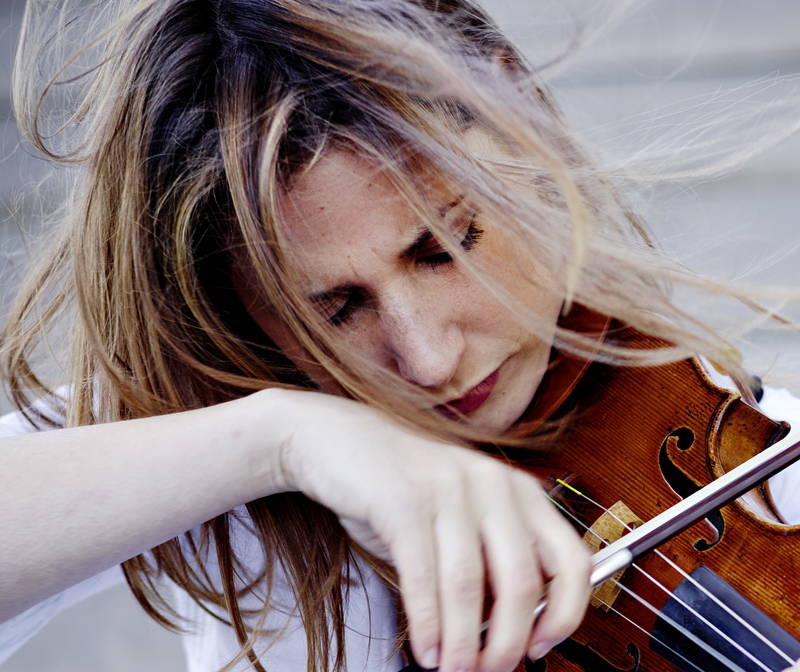 Rosanne Philippens is the violin sensation of the moment. Together with her Stradivarius violin and pianist Julien Quentin she comes to the Edesche Concert Hall for an original recital around two giants of classical music: Bach and Stravinsky. Rosanne herself belongs, next to Janine Jansen and Simone Lamsma, to the most important Dutch violinists. She plays with the most famous orchestras and shares the chamber music stage with such greats as Vilde Frang and Itamar Golan. Together with Julien Quentin she forms a strong musical combination. Julien is a much sought-after duo partner, who has worked with violinist Renaud Capuçon and pianists Yuja Wang and Martha Argerich, among others.

Rosanne Philippens on music:
"It's not just the violin anymore, it's the music itself that gives me oxygen. I grant it to anyone to take comfort or happiness from music. We all have our periods of loneliness and fear in such a way that life is a quest. Everything falls into place for me if I can play and listen!"
(Read the interview with Rosanne Philippens.)

Composer Igor Stravinsky can be called a kind of musical master thief. First he borrowed melodies, rhythms and harmonies from Russian folk music, to make them his own. Later the music of Bach and Pergolesi was a grateful source of inspiration. In turn, Stravinsky was fooled by history again. The 'Taratelle' from the Suite Italienne, Stravinsky thought to base it on music by Pergolesi. Decades later it turned out that it was not Pergolesi, but a musical Dutch count: Count Unico Wilhelm van Wassenaer, one of whose former mansions is less than half a kilometre from the Edesche Concert Hall.

Rosanne has a nose for famous violins. Earlier she played a Bergonzi violin, to which Herman Krebbers also gave concerts. She exchanged this violin for the Stradivarius 'Barrere' (1727), with which Janine Jansen became famous. This instrument was made available to her by the Elise Mathilde Fund and Coen van Beuningen. And as if that wasn't enough, she covers this violin with a stick given to her on loan by violinist Vera Beths. Rosanne Philippens is very happy with it: "This violin allows me to do anything I want," she says in de Volkskrant

Rosanne Philippens and Julien Quentin play two great violin sonatas by Bach. Lively music that makes hearts beat faster. Music that fits Rosanne Philippens, who shows a "dyke of a character" in her play, as a reviewer wrote. It goes without saying that her passionate, enthusiastic and full musical tone makes the transition from Bach's music to the peppered 'Suite italienne' of the Russian Igor Stravinsky. Enjoy an evening full of dedicated and fiery play in a beautiful combination of distinct musical characters.