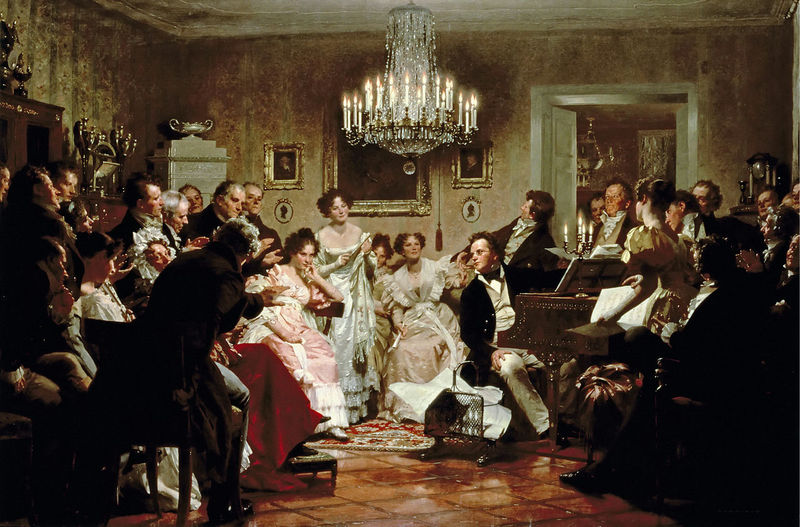 Royal Concertgebouw Orchestra belongs to the absolute world top. Not only do the musicians excel in the great symphonic repertoire, they are also great lovers of chamber music. Eight KCO soloists celebrate their love for Schubert's beautiful 'Octet' in the Edesche Concert Hall. Chamber music of the highest level, with the allure of a compelling symphony.

Arno Piters: "I was studying to crush, because you want that recognition anyway."
Within the Royal Concertgebouw Orchestra there is plenty of room for chamber music. "That's important, especially for the strings. They are on their own; every scratch, every mistake you hear. Chamber music benefits the ensemble playing of the whole orchestra, because you have to pay close attention to what's going on around you. And then it doesn't really matter who you play with, because everyone plays the stars of the sky. That's why I think it's so great to do the program together with the beautiful octets of Schubert and Widmann"!
(Read the interview with Arno Piters.)

A masterpiece never comes alone. Schubert wrote his 'Octet' for three wind instruments and five strings at the same time as he was working on the famous string quartets 'Rosamunde' and 'Der Tod und das Mädchen'. Another similarity is that Schubert also draws from other compositions in the 'Octet', such as the famous song 'Der Wanderer'. The kinship does end, however, because the 'Octet' far surpasses these string quartets in both duration and occupation. With his 'Octet', Schubert composed a hitherto unique work and inspired later composers to create such a work

The 'Octet' by Jörg WidmannJörg

Widmann (1973) is such a composer in whose music Schubert's spirit has penetrated deep into the pores. For Widmann, Schubert's 'Octet' is 'the central reference work'. A masterpiece never comes alone. Widmann's 'Octet', like Schubert's 'Octet', starts out as a single voice, but Widmann lets the eight-piece ensemble fan out like an entire orchestra by using special playing manners. Enjoy these two masterful octets as the two sides of the same medal. Also read the interview De Groene Amsterdammer had with Jörg Widmann.
Listen to Schubert's 'Octet' by members of the Berlin Philharmonic.
Order now!
Order now!
Jörg Widmann Franz Schubert Octet Kamermuziek viool altviool cello contrabas klarinet hoorn fagot Koninklijk Concertgebouworkest

Five strings and three wind instruments from the world-famous Royal Concertgebouw Orchestra play two masterpieces of chamber music. Schubert made himself immortal with his beautiful Octet. It became a work with symphonic allure, not only because of the large line-up, but also because of its length. The German composer Jörg Widmann was so inspired by it that he also wrote an Octet for the same instrumentation. Music written for these eight members of the Royal Concertgebouw Orchestra