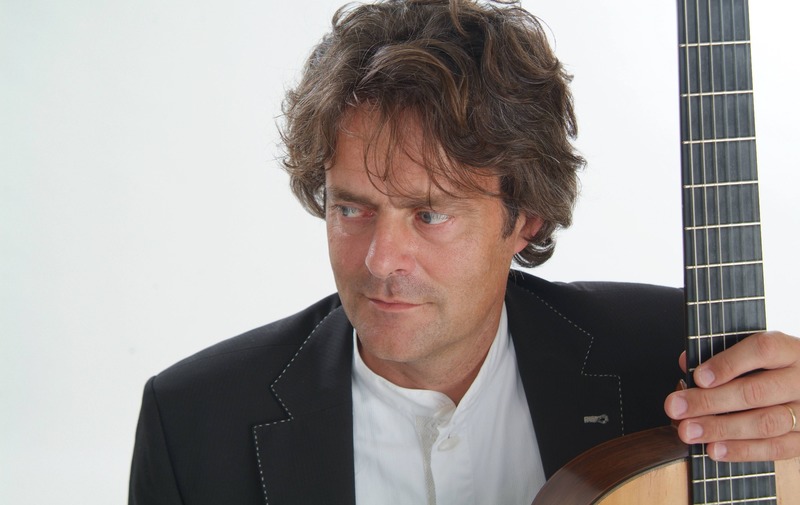 No other country produced as much beloved guitar music as Spain. Guitarist Enno Voorhorst has been an ardent advocate of this repertoire for many years. In the Edesche Concert Hall he plays the most beautiful pieces, such as the famous 'Asturias' by Isaac Albeniz. The music of Agustin Barrios Mangoré earned Enno Voorhorst rave reviews, with which he made his international breakthrough. At the same time Voorhorst gives even more tests of his skills, as he has also dedicated himself to arranging Bach's music for guitar. In this guitar recital Bach's famous 'Air' sounds in Voorhorst's own arrangement. With 'Spiegel im Spiegel' by Arvo Pärt, Enno Voorhorst pays homage to one of today's most important composers. This year Pärt celebrates his eightieth birthday.

"Master guitarist Enno Voorhorst brings you into Spanish spheres"
Curious about more backgrounds to this concert?
(Read the explanation in advance)

The career of Enno Voorhorst only has highlights, what do you want if you come from a talented family of musicians. At the age of twenty-five
Order now!
Order now!
Agustín Barrios Mangoré Federico Moreno-Torroba Arvo Pärt gitaar Edesche Gitaarrecitals Johann Sebastian Bach Carlo Domeniconi

When you think of the guitar, you think of Spain. Enno Voorhorst is a specialist in the classical Spanish guitar repertoire and will take you to classical Spain in the Edesche Concert Hall. Experience Spanish folklore in Torroba's 'Suite Castellana' or settle down in the Asturias region, unforgettable soundtracked by Isaac Albeniz.