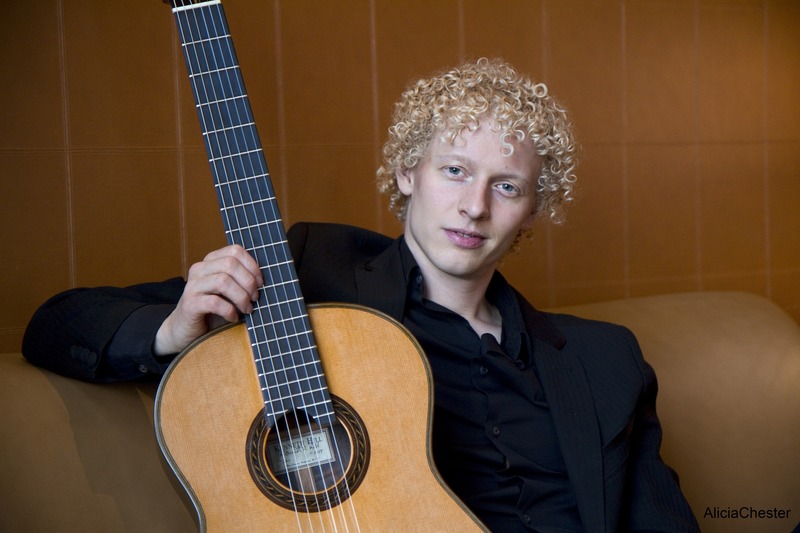 "What will become of Johannes Möller? Is he the Swedish Mozart of our time?" That's what the important Swedish newspaper the Göthenborg Post wrote. In the meantime Johannes Möller has turned out to be one of the most important guitarists of this moment. Not only does he receive much praise for his subtle, and splash-pure playing, but as a composer he is also doing a lot of work. In 2009 he received a European Guitar Award. A year later he was also winner of the Guitar Foundation of America Competition In the Edesche Concert Hall he plays a lot of his own work, including a selection from his series of 24 preludes for the guitar. With this he follows in the footsteps of great masters such as Bach, Chopin and Rachmaninov, who all also composed such series of preludes. In other pieces such as 'Whispered by the Wind' and 'Five Chinese Impressions' (2015) we hear an Oriental twist. This is no coincidence, because for years Johannes Möller has been staying a few weeks a year in New Delhi to work on his humanitarian project 'Future Hopes'

A lot of kids don't want to do what their parents do, but I do
"I got a lot of music education from home and I'm very happy about that." Möller was born in Stockholm, but grew up from the age of ten in a rural town south of the Swedish capital. His father had a guitar at home, on which he occasionally played classical music. That made Möller curious. He wanted to play himself. "Right from that start, it was 'my thing'," he says. "Being all alone with that little sound box, and then making your own music... Great."
(Interview Léon Berben, read this interview)

"What will become of Johannes Möller? The Swedish Mozart of our time?" That's what the important newspaper the Göthenborg Post wrote. In the meantime Johannes Möller has turned out to be one of the most important guitarists of this moment. Also as a composer he has several important works to his name. Enjoy this unique talent from Sweden in the Edesche Concert Hall