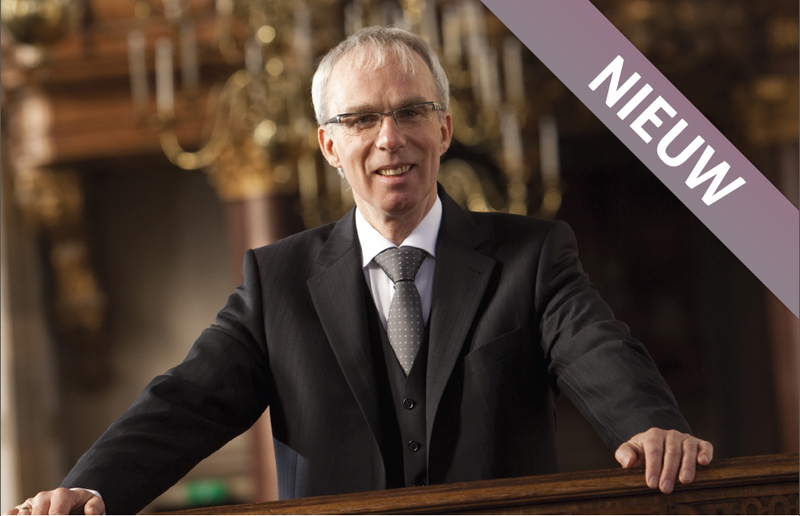 Dutch organ culture is unique in the world. Nowhere else are there so many historic organs on a clod as in the Netherlands. No wonder that the Netherlands also produced many famous organists. Jaap Zwart is in the line of the famous family of Black Organists. As the third generation, he wants to uphold that tradition. That is why the sombre music about Psalm 103 by his grandfather Jan Zwart is prominently on the programme. This monument from the Dutch organ tradition is framed by compositions by César Franck and Johann Sebastian Bach. Music that comes into its own on the romantic Ypma organ (1882). This beautiful instrument from 1882 has two manuals and an independent pedal and consists of 23 voices

King's Day and Remembrance of the Dead) Jaap Zwart plays before the break Dutch organ music based on patriotic songs, such as three arrangements of old Dutch songs by Jan Zwart, including 'Geluckig is het land' (Lucky is the country) and 'Wilt nu nu treden' (Want to perform now).
Jaap

Jaap Zwart: "My grandfather always said: never imitate anyone. Many organists followed his style. But he hated it when people mimicked him. I'm really a Black, I notice that in my game. But I've also developed my own personality. When I give a concert, I try to surprise myself again and again with the music I play."

Jaap Zwart is in line with the famous Black organists. As the third generation, he wants to uphold that tradition. That is why music by his grandfather Jan Zwart features prominently on the programme. He also plays music by Jan Albert van Eyken and Willem Mudde: two other examples from the famous Dutch organ culture