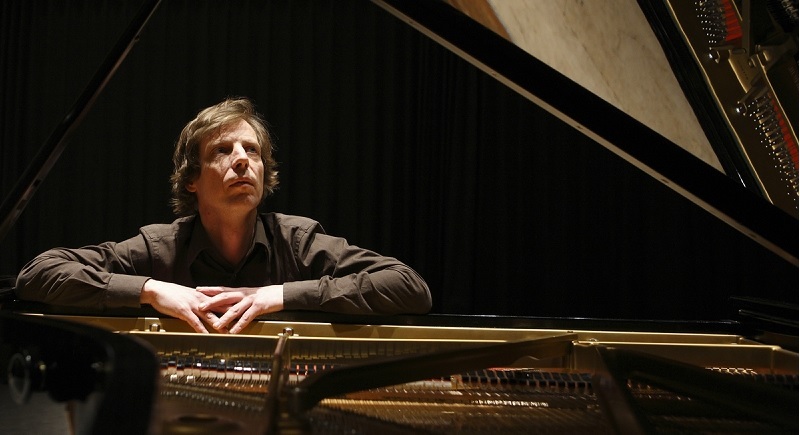 Frank van de Laar is a true pianistic omnivore. Just as easily he switches from Bach to the great Romantic piano composers, not shying away from lesser known masterpieces. In the Edesche Concert Hall he draws a wide circle around Johannes Brahms. Brahms composed a series of bloodcurdling variations on a melancholic melody by his good friend Robert Schumann. The Hungarian composer Ernö Dohnányi in turn composed four Rhapsodies in line with those of his teacher Brahms Frans Schubert undoubtedly belongs to the foreland of Brahms. According to the German pianist Alfred Brendel, Schubert is someone who likes to wander around. 'He moves with great pleasure on the edge of the abyss and does so with the assurance of a sleepwalker'. The latter certainly happens in Schubert's penultimate piano sonata, which he completed only three months before his death. Beautiful lilting melodies alternate Schubert with more dramatic passages. With this sonata Schubert proves once again to be the founder of German Romanticism, with Brahms, Schumann and Dohnányi as his direct successors.

Typical Frank of the Boot
"I'm interested in a lot of, solo, chamber music, contemporary music. I don't know if there's ever going to be a time when I want to specialize in something." Typical Frank van de Laar is in any case the great affinity with the music he plays. "I hope I can discover new things in music and convey that to the audience. I want to pass on the important essentials.
(Interview Frank van de Laar, read this interview)

Frank van de Laar is a pianistic all-rounder. He effortlessly switches from Bach to the great romantic piano composers, and he does not shy away from lesser known masterpieces. In the Edesche Concert Hall he draws a wide circle around Johannes Brahms with music by Schubert, Schumann and Ernö Dohnányi.