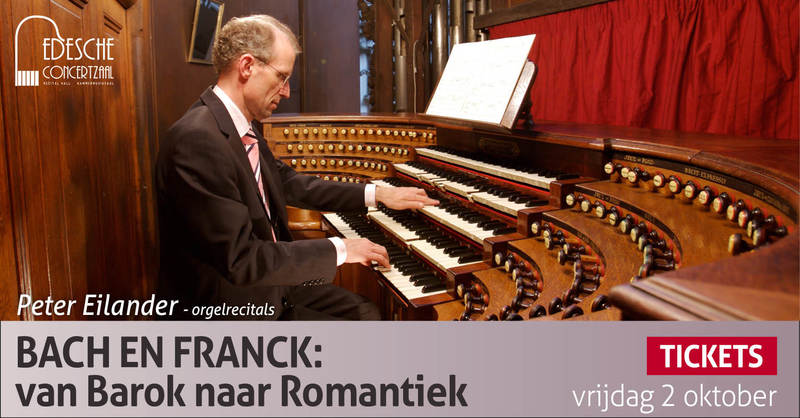 Peter Eilander pays a warm tribute to Cesar Franck, who died 125 years ago this year. This master of French music became the figurehead for generations of young composers. Guilmant, Barié and Wolstenholme: they were all indebted to Franck's innovations in his music. Still, Franck sometimes relied on music by others. That's how he brings up in his famous Final. 21 a tribute to organ virtuoso Louis Lefébure-Wély. Wély was praised for his virtuoso pedal technique. So it's not surprising that Franck incorporated a blood-curdling pedal solo in the Final. William Wolstenholme is perhaps the biggest surprise on the programme. This blind London organist and composer was called the 'English Franck' by his contemporaries

So teacher, so pupil
Curious about more backgrounds to this concert?
(Read the explanation in advance)

as 'father Franck' Johann Sebastian Bach trained generations of leading German composers. Johann Peter Kellner and Johann Ludwig Krebs were two of Bach's most important pupils. Van Kellner tells the story that he is the real composer of Bach's famous Toccata and Fugue in d, BWV 565. The music of Krebs has been on the rise since the twentieth century. No wonder, because the Trio in C is in direct line with Bach's unsurpassed Trio Sonatas for organ

Organist Peter Eilander pays a warm tribute to César Franck, the figurehead for generations of young composers, who died 125 years ago. Johann Sebastian Bach also trained composers, including two of his most important students: Johann Peter Kellner and Johann Ludwig Krebs. All will attend this organ recital.