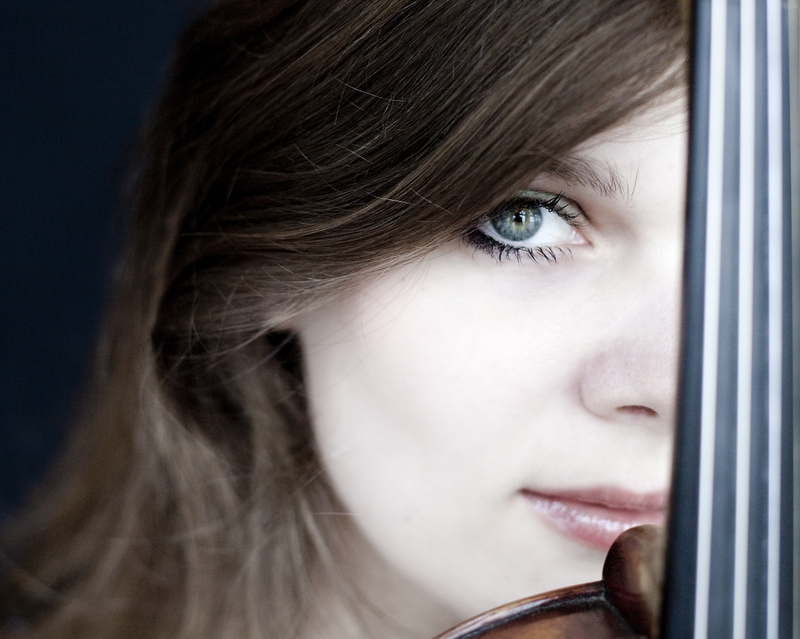 The concert opens with two violin sonatas by Schubert, followed by one of the masterpieces of chamber music: the Trout Quintet. In a sparkling clear brook - there shot, slick and fast - like an arrow through the white creek - the jolly trout' That's how one of Schubert's most beloved songs begins, 'Die Troelle'. Even in his time it was an absolute top hit that was sung everywhere. It even became so popular that one of Schubert's admirers ordered a piano quintet from him, in which the melody of 'Die Forelle' had to be incorporated. See here the genesis of the Trout Quintet in a nutshell. And there's something else special about it. On request Schubert also composed it for piano, violin, viola, cello and double bass. This combination of instruments is rare and, thanks to the double bass, gives a special sound to the work

two violin sonatas on the programme were composed one year in a row by Schubert. The first D 384 (1816) is part of a set of three Violin Sonatas. Here Schubert still clearly stands in the tradition of Mozart, in which the violin mainly functions as an accompaniment instrument. In the lilting slow middle movement, on the other hand, we clearly hear Schubert's qualities as a Lieder composer

Violin Sonata D 574 (1817) is of a different order than its three predecessors from 1816. Here Beethoven's model of the violin sonata resounds. Piano and violin have become equal partners. Just listen to the dialogue in the opening section between the violin and the left hand of the piano. No wonder the play went down in history after Schubert's death as 'Duo'.

Violinist Marlene Hemmer is the 2014-15 season 'artist in residence' of the Edesche Concertzaal. At the age of four she started playing the violin and her career started very quickly. She was admitted to the Young Talent course at the Utrecht Conservatoire, studied abroad and completed her studies at the Utrecht Conservatoire cum laude (10 with distinction). In 2014 she became concertmaster of the Noord Nederlands Orkest. She plays a violin built by Giovanni Battista Guagdagnini (1764), made available by the National Musical Instruments Fund.
Order now!
Order now!
piano Bösendorfer Imperial 290 viool cello altviool contrabas Kamermuziek Franz Schubert Vioolsonate D 384 Forellenkwintet D 667 pianokwintet Vioolsonate D 574

As agile as a trout swims through the streams, Schubert's trout quintet sounds so spring-fresh. The piece owes its nickname to the famous song of the same name that Schubert incorporated in it. Artist in residence Marlene Hemmer plays this masterpiece combined with two beautiful violin sonatas by Schubert. Listen to one of Schubert's unforgettable masterpieces in the Edesche Concert Hall