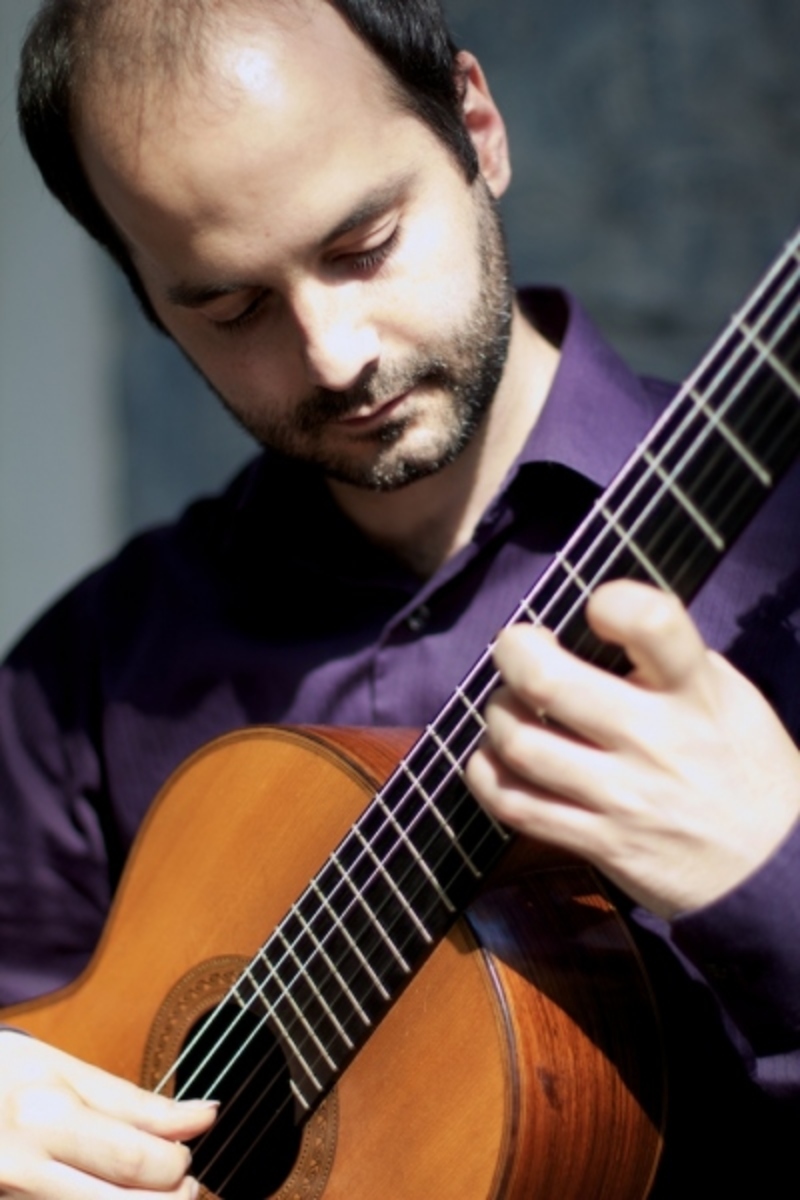 Masterpieces of Dowland, Britten and Ginastera - with free CD

For a long time the guitar was the neglected child in classical music. Until the twentieth century. Thanks to great guitar virtuosos such as Andrés Segovia, Julian Bream and John Williams, top composers also started composing for the guitar. Many pieces now belong to the modern-classical guitar repertoire. In this recital Santiago takes you on a journey through the Latin America of Alberto Ginastera and Benjamin Brittens Great Britain. Still, Santiago can't resist making a nod to the sixteenth century. Benjamin Brits based his Nocturnal. 70 on a famous lute composition by John Dowland. Santiago also plays a number of pieces by this sixteenth-century grandmaster.
Visit this beautiful concert and exchange your ticket immediately for a nice free CD!

the beginning of his career, Santiago Lascurain presents himself as an ambassador of the classical guitar. With this, he follows in the footsteps of the great guitar pioneers of yesteryear. The magazine Klassieke Zaken called Lascurains interpretations on his latest CD "penetrating" and "daring". Ginastera's exhilarating Guitar Sonata is undoubtedly the most sensational composition on the programme.

At this concert you will receive a free CD from Santiago Lascurain.

Santiago explains how to hold on to the magic of the music: "I want to keep feeling that first surprise and excitement, that must be the engine. In the end, I only play for one reason: the love of music."
Listen up Santiago Lascurain in Ginastera's Guitar Sonata. 47

Santiago Lascurain moves with just a guitar. He proves that with only six strings you can keep the audience in the chair for an evening with a handful of masterpieces from the modern guitar repertoire. He plays Benjamin Britten's Nocturnal, After Dowland and the sweltering Guitar Sonata by Alberto Ginastera. Fireworks insured!