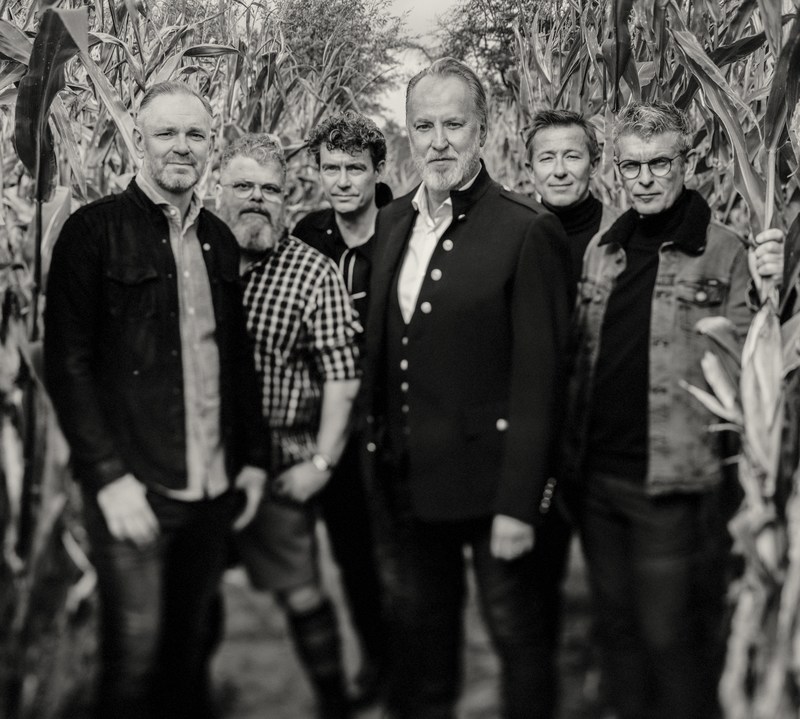 Rowwen Hèze is a Limburg dialect band from America. The music has folk influences, such as Tex-Mex and Polka and varies to sensitive ballads.

They started out as an English-speaking band in de Peel, but - thirty years later - they have grown into one of the great acts in Dutch Pop music. In 1985 the band was founded and the first singles appeared. In 1992 the band experienced a national breakthrough with performances at Pinkpop and the Amsterdam Uitmarkt. Both concerts were broadcasted live on TV. Since then, Rowwen Hèze played at Pinkpop several times, but also at other major festivals, such as Lowlands, Parkpop (The Hague) and the Danish Roskilde. The band also performed with the Metropole Orkest (1996) and opened the Holland Festival (1998). Legendary is also the collaboration with Los Lobos in the programme PardisoLife! (1999), the performance as support act for The Rolling Stones during the Bridges to Babylon tour (Landgraaf, 1999) and the sold-out concerts at the end of the celebration of the band's twentieth anniversary at the Heineken Music Hall in Amsterdam (2006). At the various editions of the Friends of Amstel Live Rowwen Hèze can also be found frequently. They have also performed at Concert at Sea (2010), Stilteconcerten in de Peel (unique project in 2011) and have opened the Floriade in 2012 with Chantal Janzen with the specially written song Deze Daag (This Day). In 2013 the band made the film music for the cinema film Hemel op Aarde by director Pieter Kuijpers. This resulted in a nomination for a Golden Calf in the category Best Music. In 2016 the album Vur Altied was released with the 15 new songs recorded in their 30th anniversary year (2015). Every year there are the closing concerts - the closing of the pop tour at the end of the season - for which fans from all over the country travel to Limburg America. Furthermore, the band alternates performances in the marquees with theatre performances and playing in Clubs.

The name of 'Rowwen Hèze' is now more than established. For over thirty years you can find it in theatres, marquees, festivals and clubs. Subdued and exuberant, melancholic and festive. Uplifting energetic songs, polkas, Irish folk and tex mex interspersed with sensitive ballads. With lyrics that lovingly describe everyday life. Big subjects like love and death, reduced to the small of the village.