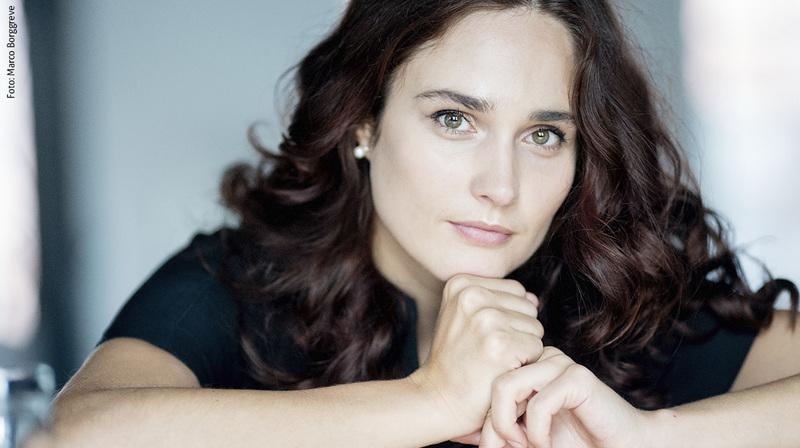 Anna Vinnitskaya leads a very busy life. Her agenda sometimes includes five concerts a week. The public and the press can't stop talking about her game. What's so special about that? "You can't ignore her pure beauty and richness of sound," writes BBC Music Magazine. But she has another side. "Vinnitskaya is a real lioness at the keyboard and devours the hardest pages of music with unrelenting force," says the Washington Post. Experience it for yourself in the romantic pieces Anna Vinnitskaya plays at the Bösendorfer Imperial, including Chopin's world-famous Second Piano Sonata and the Ballades of Brahms.

Everyone recognizes Chopin's famous funeral march. In movies the music often sounds when someone dies, but actually the piece has little to do with death. Chopin wrote his funeral march when his engagement to the artist Maria Wodzinski broke down. In the end Chopin was so satisfied with the music that he composed an entire sonata around it. That was his Second Piano Sonata, on. 35.

Just as narrative as Chopin's Second Piano Sonata, Johannes Brahms' Four Ballads sound. Brahms wrote them four Ballads, following the example of Chopin's four Ballads written twelve years earlier, but gave them their very own twist. The bare harmonies of the 'First Ballad' alone bring you straight into the atmosphere of the Scottish murder ballad 'Edward', on which Brahms based his music. Besides Chopin and Brahms, Anna Vinnitskaya plays two rarely heard piano pieces by Brahms' good friend Robert Schumann: Arabeske and Novelette no. 8

Technical perfection and lilting melodies: these are just a few words from the international press that describe Anna Vinnitskaya's wonderful playing. This masterly pianist can rarely be heard as a soloist in the Netherlands. That is why it is extra special that she can be heard in the Edesche Concert Hall. Anna makes an impression with the narrative Ballads by Brahms and the atmospheric Arabesque by Schumann. Chopin's Second Piano Sonata, with the world-famous Weeping March, is recognizable from the first note. They are all pieces that seem to have been made for the Bösendorfer Imperial. Anna Vinnitskaya is looking forward to it: "The basses on this wing are so deep!"