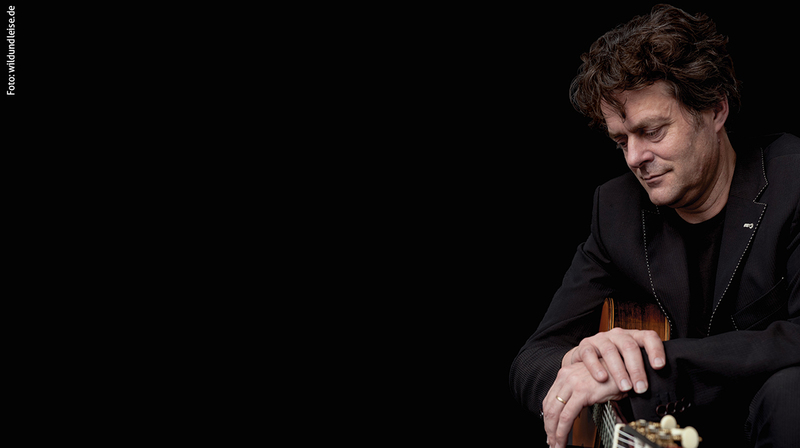 An empty stage with only a stool; that's all guitarist Enno Voorhorst needs to bring you into another world. During a concert Enno wants to give that atmosphere. "In a concert program is in a buildup," he says. "A silent piece, in which people join in the stillness. Then another spicy piece. The great strength of the guitar is that it is an intimate instrument, but still you are dragged along by it. It is best if you notice that you are in contact with the audience, if they are very quiet and listen. Then you hit one tone and there's a sigh in the audience."

Most guitar music was written by guitarists. This is not surprising, because it is difficult to compose well for the guitar if you are unfamiliar with the technical possibilities of the instrument. Enno Voorhorst plays pieces by guitarist-composers, varying from Latin-Americans Heitor Villa-Lobos and Agustín Barrios to European greats like Roland Dyens and Carlo Domeniconi. Federico Moreno-Torroba proves that even non-guitarists can compose convincingly for the guitar. The 'Danza' from his Suite Castellana was the first guitar work written by a non-guitarist. The piece Spiegel im Spiegel was originally written by Arvo Pärt for violin and piano. Enno Voorhorst shows that it also sounds excellent on guitar with his own arrangement of this contemporary classic.

Surprising, exciting and especially accessible is this guitar recital by Enno Voorhorst. This modest master of the guitar is a specialist in the music of Spain and South America. Experience Spanish folklore in Torroba's Suite Castellana or settle down in the Brazil of Heitor Villa-Lobos and the Paraguay of Agustín Barrios Mangoré. But Enno has even more notes on his singing. In 'Notte a Venezia' you will experience a fairytale Venetian night. And with the music of Enno's favourite composer Roland Dyens he takes you to Paris. With Enno Voorhorst you listen to the guitar in all its versatility!