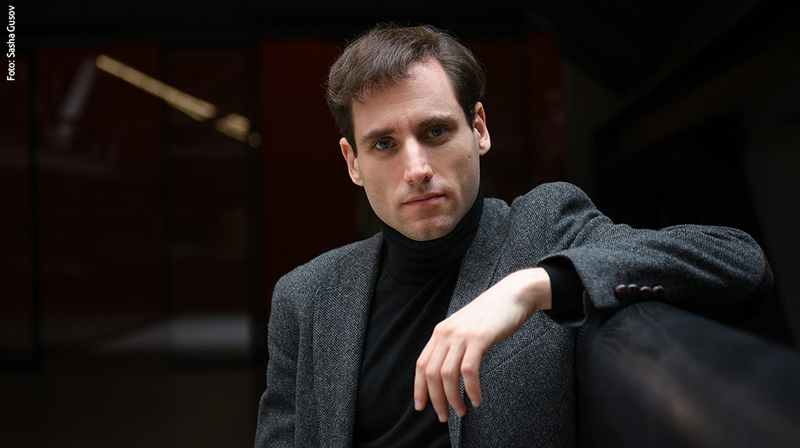 Boris Giltburg has made a big impression since receiving the important Vendome Prize during the Verbier Festival. From the moment that Boris Giltburg wins the Queen Elisabeth Competition in 2013, the music world has been completely at his feet. Concert tours take him from the United States to Japan and from Germany to Australia. Everywhere he plays there is "pianistic euphoria", according to NRC Handelsblad. Experience this sound magician in the Edesche Concert Hall with beautiful works by Liszt and Rachmaninov

Both for the listener and the player, Liszt's Études d'Exécution Transcendante are an almost extraterrestrial affair. Both technically and musically Liszt demands the utmost from the pianist, but provides the audience with sublime moments. The visual titles of the pieces, such as 'Wilde Jagd' and 'Harmonies du soir', give a hint that you can think of while listening

Boris Giltburg on Liszt's music:
"You have to be able to get past that difficulty and dig to the essence of the music. Because there's such wealth in it! This music is sometimes like a big wave beating over you. It gives me a lot of joy to be busy with a work that is so connected to my instrument. It couldn't have been written for another instrument."
(Read the interview with Boris Giltburg.)

Rachmaninov's Preludes sound just as poetic as Liszt's Etudes. Rachmaninov often had a certain image in his mind when he composed. Prelude nr. 10' from this series, for example, was inspired by the painting The Return of Arnold Böckelin, the same painter on which Rachmaninov based his famous symphonic poem Dodeneiland.

Master pianist Boris Giltburg has a special bond with the music of Rachmaninov. "The emotional power is sometimes so great that it can overwhelm you as a performer," he says from experience. The listeners are also impressed time and time again. "Boris Giltburg plays as an actor who quickly switches between fear and biting aggression", according to de Volkskrant. That certainly applies to the Preludes, on. 32 playing Boris in the Edesche Concert Hall. Combined with Liszt's impressive Études d'Exécution Transcendante, Boris Giltburg will give you a sublime evening.